You are at:Home»News»Burna Boy vs Obafemi Saga – What Caused the Fight

The real reason behind the fight between Burna Boy vs Obafemi Martins has been revealed by a Instagram gist mama.

The incident happened offline, but rapper CDQ had brought it online via Twitter to caution Burna Boy and his team over their alleged disrespect to the ex-international footballer. 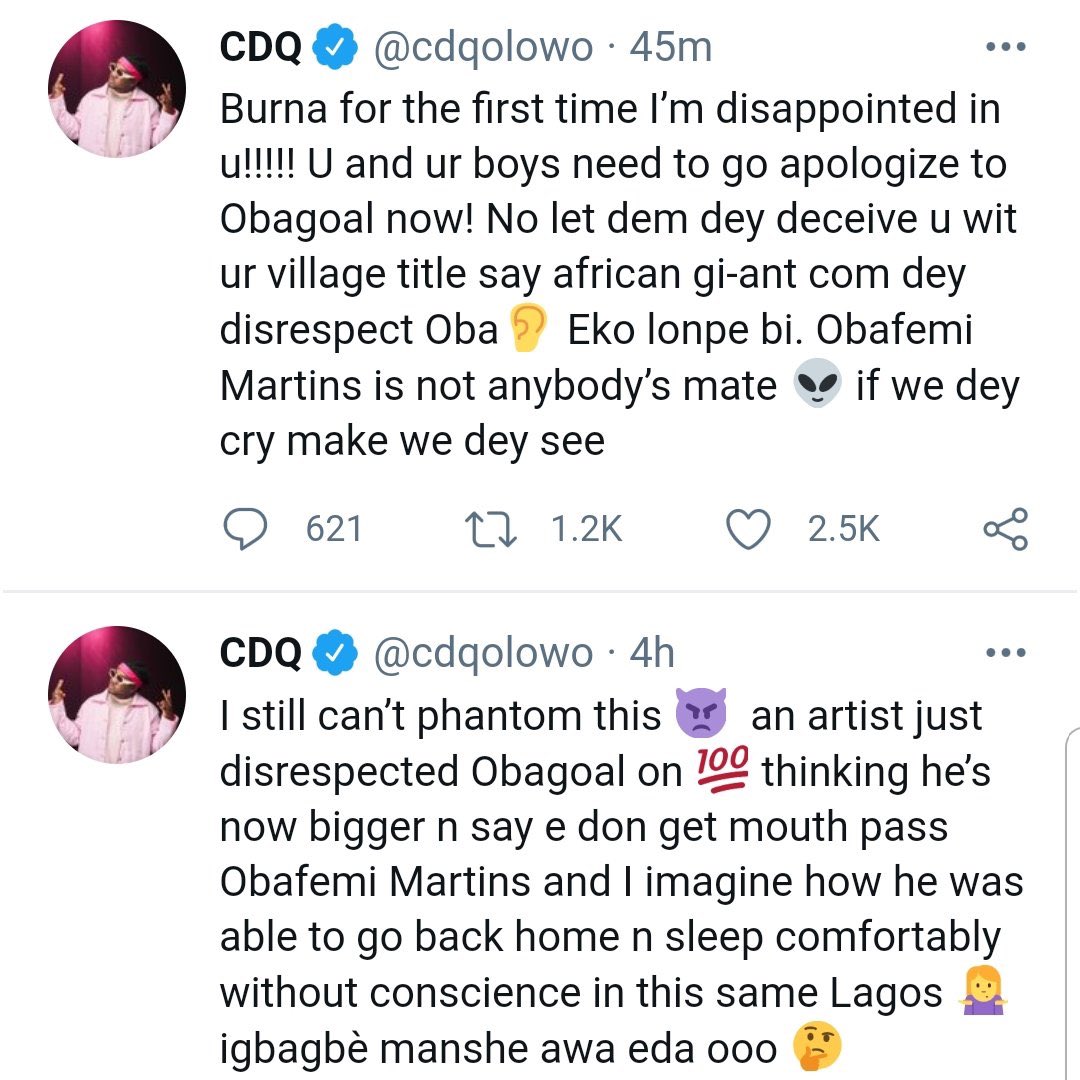 The tweet had generated series of reactions, with age and net worth of the duo brought into comparison.

However, a blogger has revealed the real details of what transpired between the footballer and singer.

According to the Instagram blogger identified as Cutie Juls, it all started when Burna Boy and his team asked Obafemi Martins to postrate before the African Giant in an open confrontation.

That why will obagoal ‘tasi’ one of his boys

That Obafemi Martins at his age should prostrate

Burna reacted. Obafemi told him when elders are talking the guy shouldn’t do that. That Burna should caution his bou on his own insteadnormally

Authentic as it happened at Quilox.. mama with the gist”