You are at:Home»Mixtapes»ALBUM: Cuppy – “Original Copy”

Many years in the making, Original Copy features an array of high-profile collaborations and sees Cuppy tap into a sound she describes as “neo-Afrobeats”, with the 12-track releasing tackling themes ranging from independence to love lost and African pride. The LP features singles ‘Jollof On The Jet’, the global sensation featuring Rema and RayVanny that has charted in over 15 countries, and the recently-released ‘Karma’ featuring award-winning dancehall star Stonebwoy.

Creating this body of work was a journey for Cuppy, who explains “I went back to my roots, where I am from; Epe (a small Town just outside of Lagos, Nigeria) and mixed with the locals, I visited my family’s farm and recorded lots of ambient and animal sounds. If you listen very carefully you can hear these in each track”. 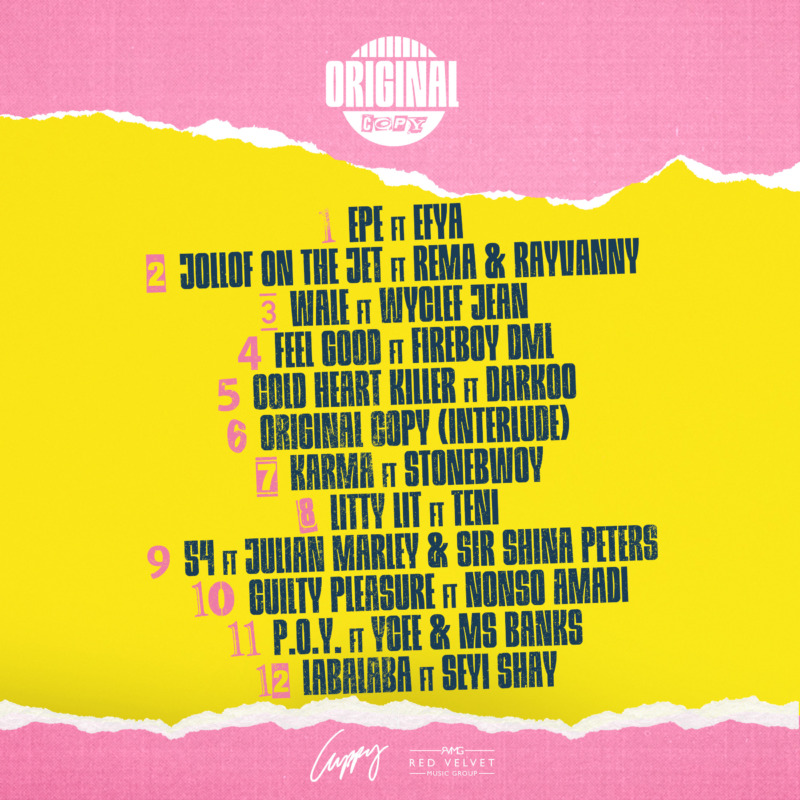 Beaming about the arrival of her album, Cuppy goes on to say: “I am so proud that the album is now out. For me it’s not about numbers and statistics and charts. It’s about the fact that I was able to focus and actually achieve my dream of having an album. So honestly, I’m already happy regardless of what happens. Nonetheless, I encourage everyone to join this journey and I hope they enjoy listening as much as I enjoyed making this album.”

DJ, producer, philanthropist and Apple Music Radio host, Cuppy has quickly risen through the ranks to become a supreme lead role as a global pan-African tastemaker. With her loveable personality and undeniable hard work ethic she’s embarked on a number of projects, including her Cuppy Takes Africa Tour.

Listen to ‘Original Copy’ HERE and below.