You are at:Home»News»Singer Lil Frosh Arrested for Beating Up Girlfriend, Gift Camille

Nigerian Singer & Rapper, Lil Frosh has been arrested and detained over domestic violence against his girlfriend.

The ex-DMW signee with real names Sanni Goriola Wasiu is currently being detained by the Nigerian police over allegations and in fact, visual evidences made against him in October 2020.

The singer had reportedly beaten up his girlfriend Gift Camille who went on social media to share pictures of her swollen face.

Reports also has it that the misconduct on the side of the artist led to his sack from Davido Music Worldwide (DMW), a record label owned by Davido.

The singer was invited for questioning on Thursday 4, February 2021 by the Nigerian police and has since been in police custody.

Lil Frosh woes began in October last year after pictures of his girlfriend’s swollen face surfaced on social media with her claiming the singer was responsible.

This didn’t go down well with fans and viewers who clamored for justice to be served.

It had then prompted DMW to issue a statement excommunicating the artist from the label.

However, the singer had in the course of the dusts raised by the allegations denied ever beating his girlfriend via a video.

Zinoleesky, a singer and friend to Lil Frosh confirmed the development via his Instastory post calling for the freedom of his friend and brother. 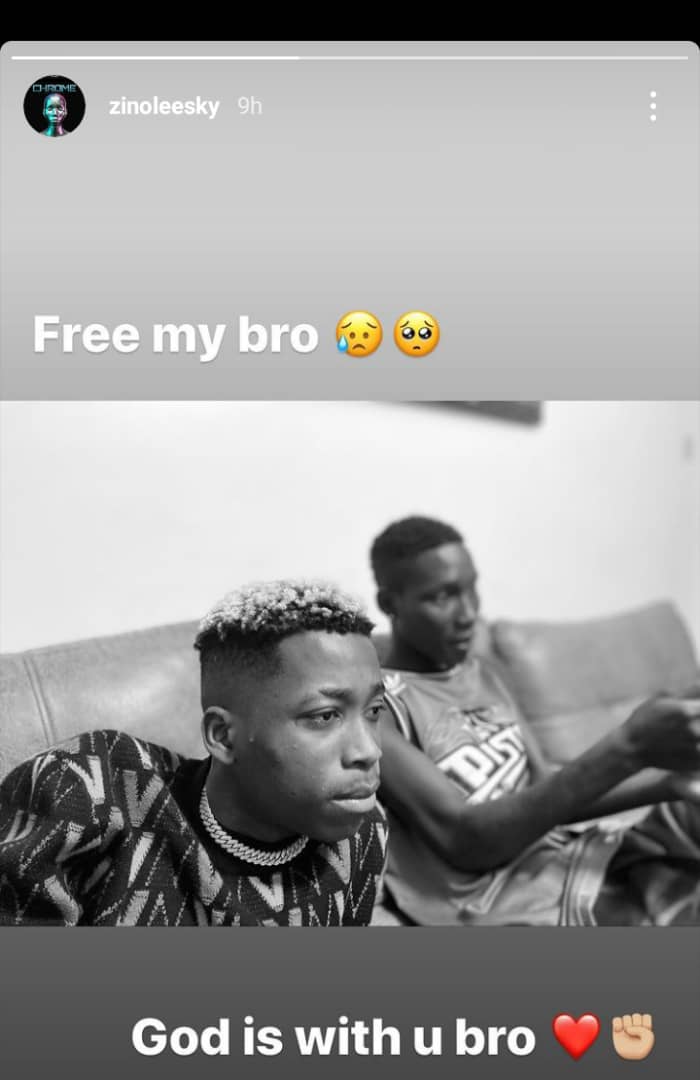